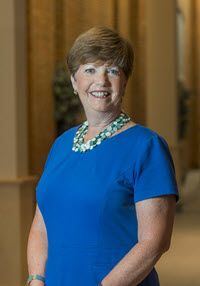 Betsy Courtney P '08, '10
Chief Development Officer
215.978.1035
bcourtney@sjprep.org
Betsy joined the Prep as Chief Development Officer in August 2016. She has over 15 years of development experience at various institutions including 10 years at Saint Joseph’s University where she served as Executive Director of the Parents Program and Sr. Executive Director of the Haub School of Business. Betsy is a graduate of the University of Scranton and the mother of two Prep alums, Kevin ‘08 and Brendan ‘10. 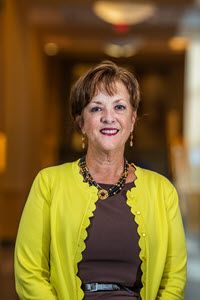 Jeannie Murphy
Director of Development Operations and Campaign Manager
215.978.1016
jmurphy@sjprep.org
Jeannie joined the Prep in 2018 after serving at Saint Joseph's University for 20 years. Most recently, Jeannie served as the Senior Director of Development Services at the Barnes Foundation. A resident of Narberth, Jeannie is a graduate of Saint Joseph’s University and has received certifications from Villanova University and the National Society of Fundraising Executives. She also has been active in the Jesuit mission, having completed the Ignatian Leadership Program at SJU and served on the Executive Committee of the Jesuit Advancement Administrators Team. 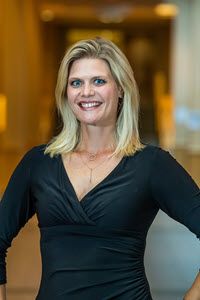 Patti Frey
Director of Development
215.978.1007
pfrey@sjprep.org
Patti Frey joined the Prep family in 2017 as Director of Major Gifts. Recently, Patti has taken on a new role as Director of Development. A seasoned fundraiser with over 10 years of experience in development, Patti will focus her attention on building relationships to increase private support for the Prep. Before arriving at the Prep, Patti served in development roles at Penn State University, Drexel University and Temple University, her alma mater. She also worked as director of member relations for the Pyramid Club in Philadelphia. Patti holds a bachelor’s degree in business administration from Temple University, with a major in marketing. She is also one of the Assistant Rugby Coaches here at the Prep. 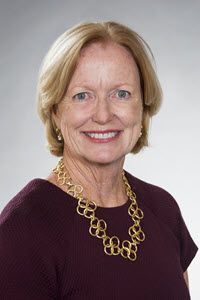 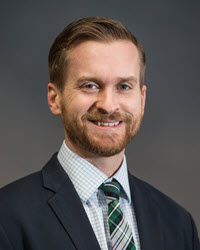 Andy Quirk '99
Director of Major Gifts
267.238.1348
aquirk@sjprep.org
Andy joined the Prep development team in 2016 as Director of Major Gifts after a successful career in sales. A 1999 Prep graduate, Andy was a member of the varsity Tennis team, participated in intramurals and contributed to the Hawklet newspaper and Chronicle yearbook. After graduating from the Prep, Andy continued his Jesuit educational experience at the University of Scranton, graduating in 2003 with a BA in History. Andy, his wife Mary and their two children currently reside in the Bella Vista neighborhood of South Philadelphia.

Peter Boyer
Director of Major Gifts
215-978-1345
pboyer@sjprep.org
Peter comes to the Prep after serving as the Planned Giving and Major Gifts Officer at Princeton (NJ) Day School. He is familiar with Philadelphia independent schools and his introduction into the world of fundraising started at AIM Academy in Conshohocken. Originally from Northern New Jersey, Peter graduated from Drew University in 2004 with a BA in Political Science. He played basketball and soccer for the Rangers, culminating in leading the soccer team to the 2003 NCAA National Finals. Peter and his wife Kristy have a son, Quinn, and reside in South Philadelphia. 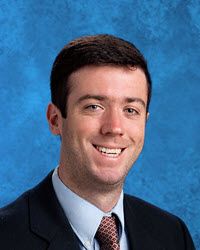 Kevin Ryan '08
Manager of Alumni Relations
215.978.1006
kryan@sjprep.org
Kevin joined the Prep staff in 2012-13, teaching Freshman History as a member of the Alumni Service Corps. In the Fall of 2015, he returned to work in the Development Office focusing mainly on Alumni Relations. Kevin is a 2008 Prep graduate and a native of St. John Neumann parish in Bryn Mawr. Outside of the office, Kevin served as an assistant director with Cape and Sword, having appeared in eight shows on the Prep stage during his high school years. He is a graduate of Penn State University, with a degree in Political Science. 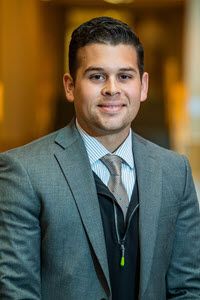 Joseph Boyle '09
Manager of the Prep Fund
215.978.1004
jboyle@sjprep.org
Joe joined the Prep Development Team in 2018 as Manager of the Prep Fund. He spent the first years of his career in real estate finance at NewDay Financial in Maryland, then at Toll Brothers, Inc. in Horsham, PA. Joe was a graduate from the Prep in 2009. During this time, he played four years on the varsity tennis team. Upon graduation, Joe decided to continue his education at LaSalle University. He graduated with a B.S. in Finance. He is currently taking courses towards his MBA at Saint Joseph’s University, with a specialization in Finance.

Conor McCabe '08
Assistant Director of Major Gifts
215.978.1013
cmccabe@sjprep.org
Conor joined the Prep Development Team in 2018 as Assistant Director of Major Gifts. He spent the first six years of his career as a middle school English teacher in the suburban school districts of Philadelphia. Conor was a graduate from the Prep in 2008. During this time, he played both baseball and football. Upon graduation, Conor decided to continue his Jesuit education at the University of Scranton. He graduated with a B.S. in Secondary Education and English.

Brendan Dougherty '12
Database and Development Services Specialist
215.978.1991
bdougherty@sjprep.org
Brendan joined the Prep Development Team in 2018 as Development Associate. He spent the first years of his career as an Operations Data Specialist. A 2012 graduate of the Prep, Brendan was a four year member of the soccer program. Upon graduation, Brendan decided to continue his education at Temple University. He graduated with a BA in Marketing. 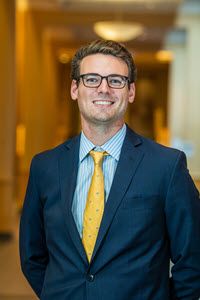 Jamison Wellman '14
Senior Coordinator of Donor Research and Relations
215.978.5956
jwellman@sjprep.org
Jamison joined the Prep as a member of the Alumni Service Corp during the 2018-19 School year. At the conclusion of his term, Jamison remained on as a member of the Development team. Jamison is a 2014 Prep graduate who decided to continue his Jesuit education at Fairfield University, receiving a B.S. in Marketing. As a student and an employee, Jamison involved himself with the Rugby team and Ski club here at the Prep.

Megan Donovan
Development Associate
215.978.1005
mdonovan@sjprep.org
Megan Donovan joined the Development Team in 2019 as Development Associate, after experience in roles as Faculty Affairs Coordinator in the Department of Psychiatry at the University of Pennsylvania and Benefits Administrator at NationalHR. Megan is a graduate of Loyola University Maryland, where she received a B.A. in Communication and Business and was a member of the Chapel Choir and Nevergreen Sketch Comedy, and the University of Pennsylvania, where she received a Master of Liberal Arts degree in Urban Studies. Megan also served as a Jesuit Volunteer with the Society of St. Vincent de Paul in Houston, Tx.